It has come to my attention that many of you were not aware of Zach's departure from the band. We announced Oct. 10th that Zach was leaving the band to focus more on work and his other projects. (See the full statement here: facebook.com/rottenreputation/photos/a.1693474497554138/2335232430045005) Since then Rotten Reputation has been playing shows as a 3 piece (Lola, Kevin, and Bee) and have been auditioning bassists. In late November we auditioned Dahlia and she was a PERFE

We were honored to open the Punk Against Trump Festival on Jan. 20th that headlined legends Anti-Flag. Here is what magazine Fuel the... 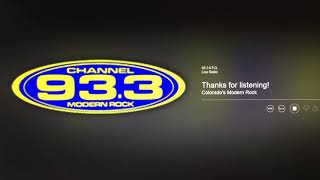 First appearance on the radio!

Featured in the Denver Westword